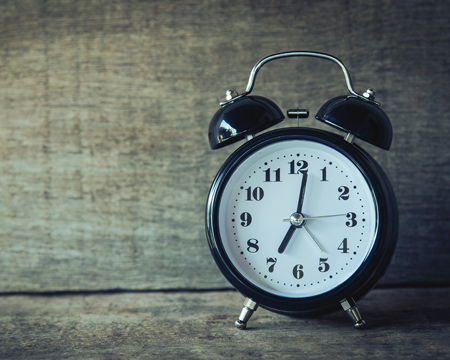 Yet you do not know what tomorrow will bring. What is your life? For you are a mist that appears for a little time and then vanishes.
~James 4:14

The name of a popular Swedish Rock Band, Roxette. Marie Fredrkksson and Per Gessie were the dynamic duo that formed in 1986. Their album Look Sharp! was released in 1988 in the USA. The group was known for hits like: She’s Got the Look, Church of Your Heart, Joyride, Listen to Your Heart, and Spending My Time. There was certainly nothing overtly religious about their ultra-pop music; however, it ranged from upbeat “bubble gum pop” to some pretty deep break up songs.

Spending My Time was one of their powerful break-up tunes. A distressed Marie sings about a broken love affair in melancholy tones. I hope you’ll forgive this piece of nostalgia – I was coming of age in the late 80s and early 90s when this band was at their height. The cassettes of their music filled my 1985 Ford LTD II, 1984 K-Car, and later my 1985 LTD II Wagon (they made good cars in the 80s) as I drove friends around the back roads of New Brunswick during my high school and Bible College days. I seem to recall a melancholy break up or two and Marie and Per’s anthems seemed to soothe my troubled heart.

This past December I read that Marie Fredrkksson had lost her battle to brain cancer at age 61. I was shocked to see this come over the airwaves and memories of her music came rushing to the forefront of my mind. Lyrics and music, I had not thought of for years, was on my mind. I began to youtube the music and was reminded of the music that was part of my biographical soundtrack. There is footage of her last concert in 2016 where she was too frail to sing standing up and did the concert from a leather chair.

The scene of her in that last concert jarred me. This once vibrant woman that I remember from my youth is ailing and obviously dying. My own life flashed before my eyes in the range of videos from my youth until today and up until her last concert. I was reminded of the title of one Roxette song - Spending My Time. Roxette lyrics are not full of life-giving messages, but I was struck by the scripture James 4:14 -Yet you do not know what tomorrow will bring. What is your life? For you are a mist that appears for a little time and then vanishes.

I saw old footage of Marie dancing around on stage with a Stetson hat, full of life and music. I looked back at my old grad photos where I insisted on having an old black Stetson on for one of them. One thing I discern from that old photo is that my youth is fading as well. It says in Ephesians 5, Look carefully then how you walk, not as unwise but as wise, making the best use of the time, because the days are evil. What exactly am I doing with the time the Lord is giving me?

When I go out and speak for CAFNB I tell the kids, “Imagine getting several birthday cards- each one with a gift of money. You set the money aside and after opening all the cards you count it. You look at that money and you ask yourself, ‘What will I spend it on?’ ” I tell them, “Life is very similar; you receive so many days/months/years. How will you spend it?” As a Christian we know we are accountable for the days of our lives. May the prayer of our hearts be to live out our days for our Creator. 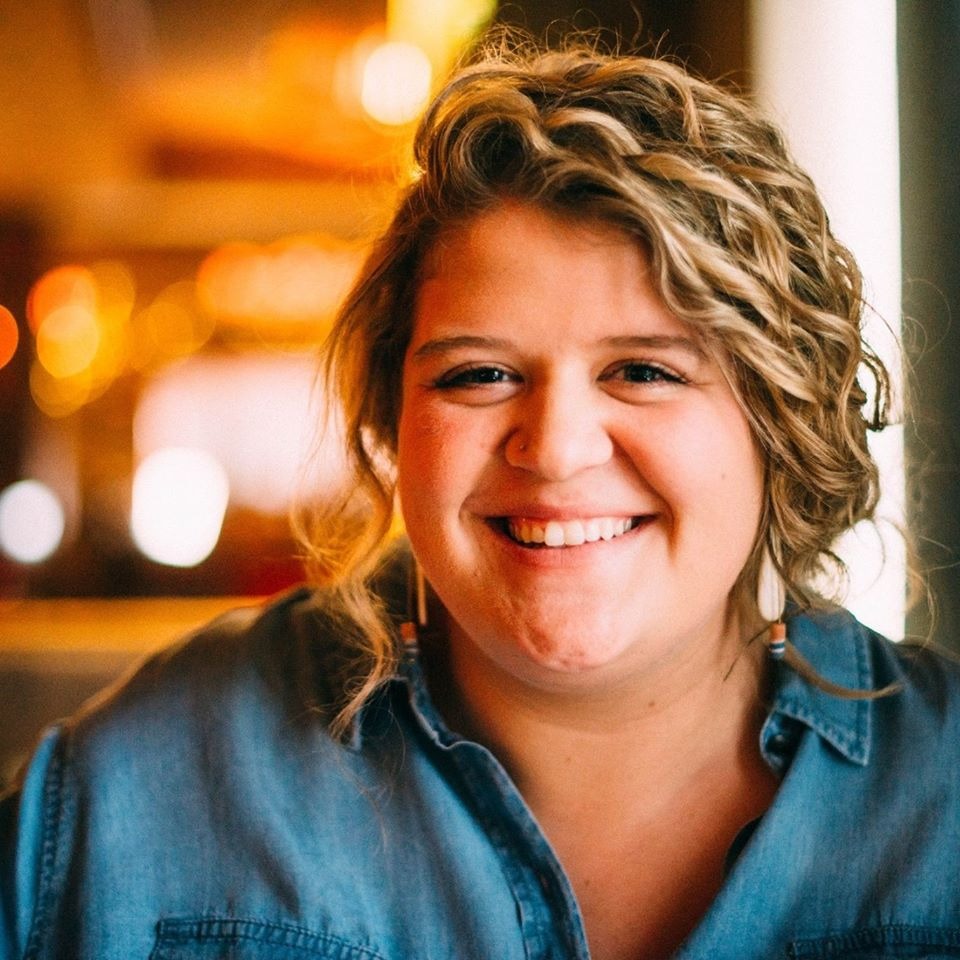 As this new year begins and we welcome 2020, we have been given the opportunity to reflect on what has taken place over the past decade. One thing that is a common thread in people’s social media posts and conversations about these reflections are that so much has changed! In a world that is booming with innovation and technology, fast paced life styles and continual connection we have seen lives change. As North Americans we have had the privilege of sitting in the front row of some of these great developments. We have seen cures to diseases be developed, cars that can drive themselves and the internet grow into something much more than a tool to simply send quirky e-cards on someone’s birthday. So many of these creations have propelled us towards goodness, but simultaneously, we have experienced other developments that have had an opposite effect. Within this decade, we have seen a notable rise in mental health issues, suicide, addiction, stress and bullying.
Looking specifically at anxiety, there has been a significant rise in the number of individuals who have anxiety disorders or who have sought out help for overwhelming anxious behaviors or patterns. One of the most concerning elements of this rise is the effect it has had on children and adolescents. The National Institutes of Health reports that 1 in 3 of all adolescents will experience an anxiety disorder, which is a more than 20% rise from numbers reported in 2007. With this being the reality, what can we do?
Scripture tells us to “be anxious for nothing,” but in a world that seems to be steadily increasing with reasons to be anxious, how do we reconcile our desire to be obedient to scripture with the reality of what is going on around us? It is amazing because God has provided us with Scriptural examples of people who faced anxiety, as well as multiple tools that we can use in a practical manner to address the anxiety around us. Throughout the seminar, “A Conversation on How to Face Anxiety,” we will create an environment where people feel comfortable to explore the different ways anxiety can present itself, identify some root causes, consider how we can face it and examine the different tools God has provided us with to deal with the anxieties that plague this generation.
It is becoming more and more necessary that we better educate ourselves on this issue and the manner in which it affects those around us - or potentially, even us. Once one is able to understand anxiety and the signs and symptoms that are associated with it, we are better equipped to face it - face it with prayer, with Scripture and the many practical tools God has provided us with to fight the battle of anxiety.
~ Marleigh Genereaux

Marleigh Genereaux is a Master’s of Counselling Student at Liberty University. Marleigh has a heart for young people and desires for them to walk in truth. You can book Marleigh for a presentation of An Anxious Generation for your group this spring season of CAFNB. Please contact us for more details. Marleigh lives with her husband Ryan, the Family Life Pastor, at The Ridge Church in Maple Ridge, NB. 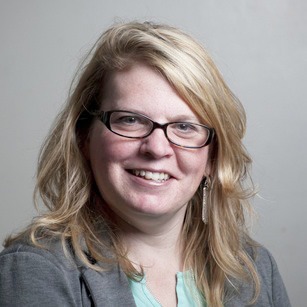 The winter season always has some traveling challenges. I was pleased to be ask and speak at Valley Christian Academy Chapel and New Brunswick Bible Institute Chapel. At NBBI it was a privilege to share our new presentation High.er and update them on spiritual issues related to drug culture. I was honoured to share with the faithful congregation of French Lake Baptist Church.
It is always a privilege to give a presentation to the fine ladies of WMS groups. I had this opportunity in both Moncton and Sussex. I enjoyed doing teacher professional development training while visiting schools in South Korea. It was a pleasure to share and collaborate with several teachers at Soojung Vision School and Sprouts Intercultural Christian School. I also enjoyed speaking to the AWANA kids at Burtt’s Corner with a presentation called FEAR NOT.
I look forward to speaking at Belleisle Regional High School in the days ahead on a new presentation I.Connect. We want to start unpacking with youth our need for healthy connections with our support systems and also looking at the complex area of having relationships digitally. I will also be visiting Our Lady of Grace School in Marysville, NB, WMS Douglas Baptist Church, the congregations of Penobsquis Baptist & Sussex Wesleyan and presenting High.Er at Bathurst Alternate Site High School. I will also be gathering friends and supporters of Christian Action Federation to see Esther at Sight and Sound Theater Lancaster, PA. We are excited to have two buses attend this event, with adults some students also joining.
Please contact us if you would like a presentation for your youth group, Sunday School, local school group, or congregation. 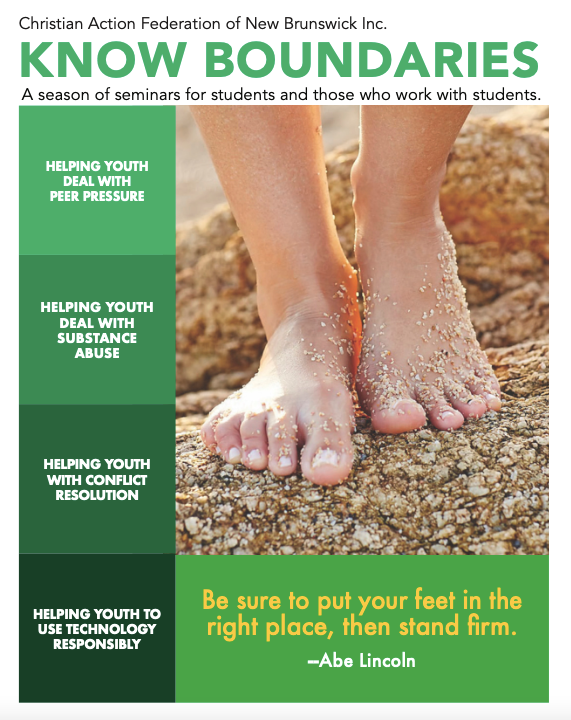 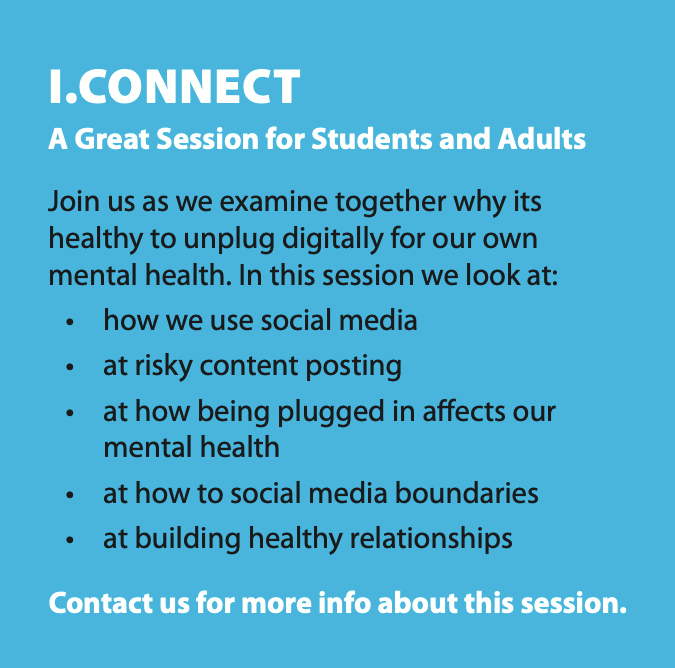